Today, we observe the 78th Anniversary of D-Day. We remember the sacrifice our armed force made on June 6, 1944 in the battle fought on the Normandy coast of France during World War II. This military invasion has been named one the most ambitious and consequential military campaigns in history and helped to end World War II.

Throughout our Town, we encourage residents to take a moment of silence in honor of all the military personnel that fought for our freedom on D-Day. We thank the men and women that continue to fight for our Country and honor those that have lost their lives in doing so. 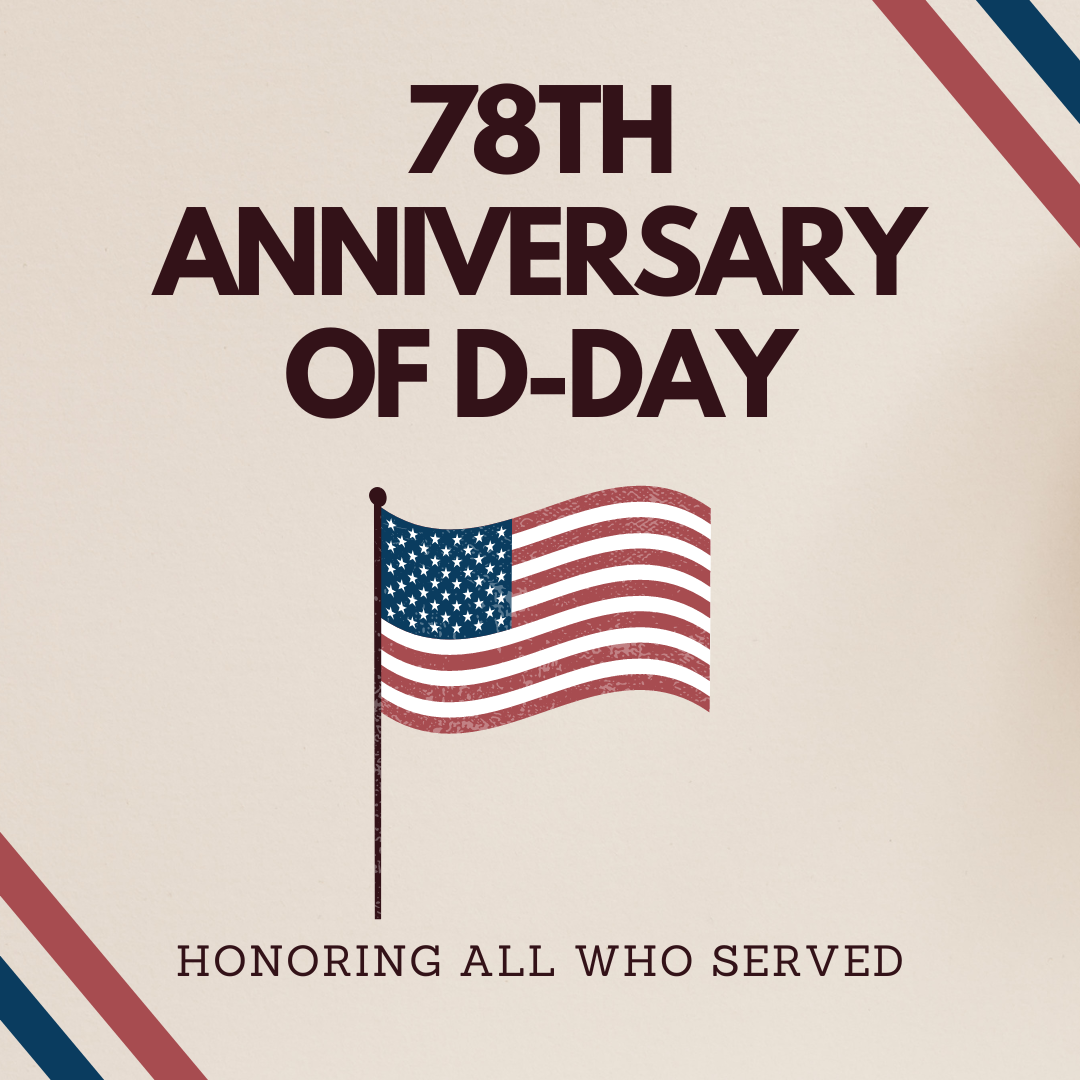